Why podiatry, Why Ace? What’s the story?

A lot of people when they first meet me and find out what I do for my Profession ask me ‘why feet?’ Well this is my story, Why I chose to look at ‘feet for a living’ and how I got to where I am today.

Let me start by introducing myself.

Hi, my name is Mike.  I’m originally from a little town called Lewes in East Sussex, England. I’ve always had a big s 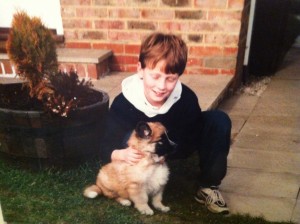 porting background, and as a youngster, my dream job was to either be a professional athlete (Soccer player in particular), or design performance footwe
ar. As a kid, I would sit down for hours with my pencil and sketchbook trying out designs and ideas for new running shoes that were brightly colored and technical in design.  Whatever that meant as a young boy). Although I had little understanding of how feet legs and biomechanics worked, I would send my designs off to different shoe brands such as Asics and Nike full of confidence but never got a reply back.  As a young kid, it really stung not getting the response I have hoped for. I hate it. It really hurt my ego as a kid, and I was so determined to et to know everything about legs and biomechanics just for that one response.

This obsession and dream w 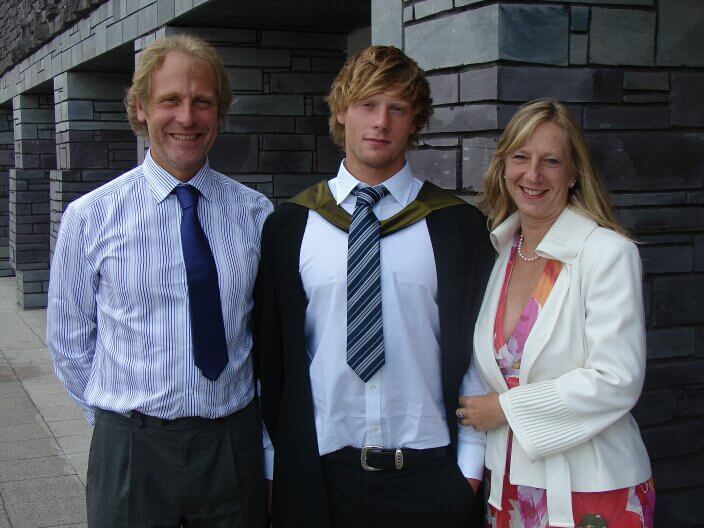 ason why I started studying Podiatry at Uni in Wales. 4 Years later, still chasing the same dream (joke) and working in Indonesia for a while I landed in Australia hoping to get a job. After some interviews, I wound up at a place where Custom orthotics, footwear modification, and sports injuries were the primary focus. Despite learning a lot, I also started to realize what a “looked down” profession podiatry is. People would come
in just expecting me to cut toenails and take off hard ski or sim
ply asking for a pedicure.

Ouch! I felt this to be demeaning and degrading of my four years studying at university. For people to approach me asking for a pedicure. It made me wonder, how did podiatry get to this Point? What let us down? Does it have anything to do with the way podiatrists present themselves or the marketing we do.?

After searching around online, I found that podiatrists primary focus on marketing was foot care in g
eneral and performing ‘pedicures.’ The marketing seemed very odd and old fashioned. The uniforms outdated and the image some clinics had quite sad. I felt that the business I was working at the time, had taken the first steps in the right direction to change the tone but still kind of missed the chance to start changing the game entirely.

All of a sudden I had a vision of what I want podiatry and health care to be. I had a deep desire to change the way people regarded the profession of podiatry. I said to myself. Let’s make podiatry cool! Let’s have people think Podiatry is cool (which being a trade based on feet is not an easy thing to do)

I wanted to have a brand; people would be proud to represent. Wear the logo proudly on their chest and not just think of it as a place to go to get their toenails cut.

I started to think, what if Nike or Apple had a podiatry clinic, how would they market it? They are some of the coolest highest grossing companies today. They created an evolution of how people see sports equipment and electronics. They made something that’s not cool, cool. But how did they do it? And how can I make Podiatry, which let’s be honest, isn’t the coolest thing in the world, to be more appealing to a greater audience far beyond toenail clipping and ankle tapping?

After coming up with this idea, I sat down with friends (luckily, I have a couple of very talented pals in marketing and graphic design to help me along the way).  They agreed to be part of this journey in exchange for a combination of, tequila shots, whiskey with frozen mangos and being a good friend who stays out being a wingman until early mornings on big nights out. After countless late nights discussing brand names, logo designs, and learning how to build websites, with friends, I finally came up with ACE. Simple, easy to remember, starting with the first letter of the alphabet for the phone books and an easy name to work with when it comes to design and layout. I felt proud and felt I had something I would be happy to represent; I also felt the name and logo concept could be transferred to anything I wanted. Limitless.

Fast forward three years later, I am nowhere near where I want to be, but I’m slowly but surely getting there. With now having a full-time marketing and brand manager, physiotherapist, massage therapist, three clinics, a small gym, and with products on the way all representing the ACE brand I feel I came along way since sketching shoe designs in my sketchbook hoping for that call that never came. No longer do people regularly come in for ‘pedicures’ but rather coming in for rehab plans, strength and conditioning sessions or 3D custom orthotics I am really passionate about as well.  It definitely makes me feel that I have created more than just a podiatry clinic. I can honestly say I feel closer than ever before, changing the game of Podiatry and how it’s perceived.

Along this journey, I was left without work, stuck financially and down to my last $500, and left homeless. I guess what im trying to say is anybody can do something when they put their mind to it. If you have an idea its not going to happen magically by itself. If you want change you need to set out a plan on how to logically create this change and do it. There are always risk’s but try to make your risks as calculated as possible. Don’t rush, and don’t do a half asked job that you will have to go back and re-do later, costing you more money. Make sure you are proud of what you have and do. You want to be able to show off what you have done. After all you put in all of that hard work. There is nothing wrong with being proud of that and telling people about it. 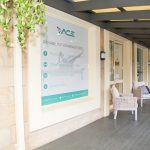 Where did Ace Come From? – Ace podiatry, Gold CoastMotivation